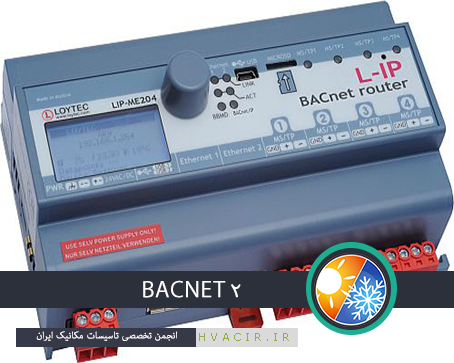 Annex J BACnet/IP devices are designed to provide the way for BACnet systems to grow beyond building-wide or campus-wide internetworks. The author discusses how these new devices can help create systems that cover entire regions and even continents

EDITOR’S NOTE: Last month the author provided a look at the need and means for constructing wide-area building networks. Discussed were Annex H.3 PAD devices, which can connect distant BACnet building networks together over wide-area Internet Protocol (IP) internetworks by enclosing BACnet messages within IP frames for transport across the IP internetworks. Introduced was the concept of virtual networks, formed when PAD devices communicate across IP internetworks. In this second and final installment, the author examines Annex J BACnet/IP devices.

Annex H.3 PAD devices are the simplest way to connect BACnet networks over Internet Protocol (IP) internetworks, but they have a few limitations. One is that devices are not easily added or removed; the table of peer PAD devices must be changed in every PAD when the configuration changes.

For this reason and others, the IP Working Group of ASHRAE’s BACnet Standing Committee (SSPC 135) developed a more extensive protocol, called “BACnet/IP,” for connecting BACnet networks over IP internets. Devices incorporating this protocol are known as “Annex J” devices because this protocol has been added to the BACnet standard as Annex J.1

BACnet/IP is able to handle the transport of BACnet broadcasts over IP more efficiently than PAD devices; it allows devices to enter into the system from anywhere in the IP internetwork, and it supports “native IP” BACnet devices – devices such as unitary controllers which send and receive BACnet messages within IP frames instead of BACnet frames, effectively using IP internetworks, even wide-area internetworks, as BACnet local area networks (LANs).

An aspect of IP used by Annex J is the combination of IP with other protocols to convey messages from one device to another across the internetwork. TCP/IP is the best known, though somewhat complex, combination. It works much like a telephone call: a connection is requested, established, and then bi-directional communications follows.

The simpler – but not as well known – protocol UDP/IP is used by both Annex H.3 PADs and Annex J BACnet/IP devices. It works like mail (or e-mail): a single message is sent off to a destination address without verification of delivery (at this) level).

UDP is an extremely simple protocol. It does little more than provide a 2-byte number, called a “UDP port,” that informs the receiving system what message or protocol follows within the UDP/IP frame. The UDP port number 47808 (in hexadecimal, X’BAC0′) identifies BACnet messages and is the UDP port used by PAD devices. BACnet/IP devices use this UDP port by default but may be configured to use a different number if necessary. Figure 1 shows the structure of a BACnet/IP message.

BACnet/IP devices scattered around an IP internetwork communicate directly with each other when reading data values, transferring files, or other direct device-to-device communications. They need some assistance, though, in sending BACnet broadcast messages, such as the BACnet “Who-Is” request2, over IP internetworks because IP networks do not as a rule allow BACnet-style “global broadcasts” (that is, broadcasts received by every device everywhere on the internetwork).

Broadcasting is an effective means for getting messages to many devices at once. However, experience has shown that in large internetworks, broadcasts can overwhelm devices because every broadcast message is processed by every device that receives it. For this reason, network administrators normally disallow global broadcasts.

Broadcasts are allowed, but as a rule are restricted to “IP subnets3.” (Note: Discussion of IP subnets is beyond the scope of this article, but it is helpful and fairly accurate to consider a broadcast as being restricted to an individual network.) The problem to be solved is how to deliver the global broadcast BACnet messages to all BACnet/IP devices on all subnets in the virtual network.

The IP Working Group developed two solutions to this problem and defined them in Annex J. The first is called “multicasting,” and the second is called a “BACnet/IP Broadcast Management Device” (BBMD).

FIGURE 1: Structure of a BACnet/IP message.

Multicasting uses a special kind of broadcast that only designated devices will receive, thus avoiding the burden placed by normal broadcasts on all the rest of devices on the internetwork. A multicast message has a special form of destination address called a “multicast address.” IP multicast addresses are in the range from 224.0.0.0 through 239.255.255.255.

The BBMD keeps a table, called a “Broadcast Distribution Table,” which lists all the BBMDs, including itself, in the virtual network. This table, identical in all the BBMDs of a virtual network, also tells which broadcast method, one-hop or two-hop, is to be used in each destination subnet.

The BBMD does not need to be a physically distinct device. Like the PAD, it can be integrated into a device that performs other operations, such as a building controller.

BBMDs also solve the problem of forwarding BACnet broadcasts to devices, such as an operators’ laptop workstation, that might attach to the IP internetwork on subnets that do not have BBMDs or multicast routing. The means by which these devices arrange to receive the broadcasts is called “foreign registration.”

In foreign registration, the “foreign device” (which is the device that wishes to receive BACnet broadcasts) sends a request to a BBMD. It will then receive copies of the forwarded BACnet broadcasts for a specified time, extending that time by periodic (automatic) renewal requests.

Non-broadcast communications (such as file transfers or reading and writing data values) between the foreign device and BACnet/IP devices are conducted directly, without BBMD assistance.

It is possible to build a single, very large virtual BACnet network over an IP internetwork. Annex J observes that this may be undesirable for several reasons, including overall traffic volume and system security. In such cases, it is preferable to create multiple BACnet/IP virtual networks and interconnect them into a larger “BACnet/IP internetwork.”

If multicasting is being used, each BACnet/IP network should use a different multicast address to carry its BACnet broadcasts.

If the BACnet/IP Router is capable of both BACnet and BACnet/IP communications, and is able to communicate using both BACnet frames and IP frames, it is called a “BACnet-to-BACnet/IP router.” It may also be used to route messages between a network of normal BACnet devices and the BACnet/IP internetwork.

BACnet, BACnet/IP, and PAD devices can all operate together in a BACnet/IP network but three rules must be observed.

The second rule is that BACnet/IP devices cannot communicate directly with PAD devices. To join BACnet/IP devices to a system using PADs and BACnet devices, a BACnet-to-BACnet/IP router must be on the same directly-connected BACnet internetwork as one of the PADs, as shown in the middle network of Figure 4.

The rapidly increasing use of wide-area IP internets provides an excellent opportunity to expand the reach of BACnet systems. Annex H.3 PAD devices and Annex J BACnet/IP devices provide the way for BACnet systems to grow beyond building-wide or campus-wide internetworks, to create systems that cover entire cities, regions, countries, and even continents.

Swan is BACnet specialist at Alerton (Redmond, WA). He can be reached at bills@alerton.com. Swan is secretary of the ASHRAE BACnet Standing Committee, SSPC 135, and serves on an ISO Technical Committee (ISO/TC 205/WG 3) developing an international building automation communications protocol